This course will broaden the actors’ range of skills, delving deeper into movement and language-based character work. We will work with the body and voice in direct relation to the script, to find authenticity in the actors’ stage presence within the context of the play and in relation to other characters/actors.

This course is ideal for people who:

The course consists on 8 acting classes, a rehearsal and a final performance. This course is suitable for actors with previous experience.

Running course: the registration is no longer available.

An original theatre show played in Berlin on March 24, 2017

Instant Theatre Berlin is proud to bring its acclaimed Intro to Acting workshop to the wonderful city of Bologna, Italy in June 2020! During the course of the two days, we’ll explore the fundamentals of acting in a relaxed and playful way. 100% In English! For all levels.

Instant Theatre’s introductory acting class in English starts again! This workshop will explore the basic concepts of acting and interacting authentically on stage.

Switch your Brain Off

Voices from our courses 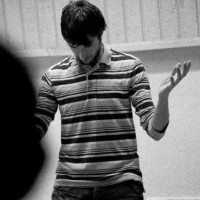